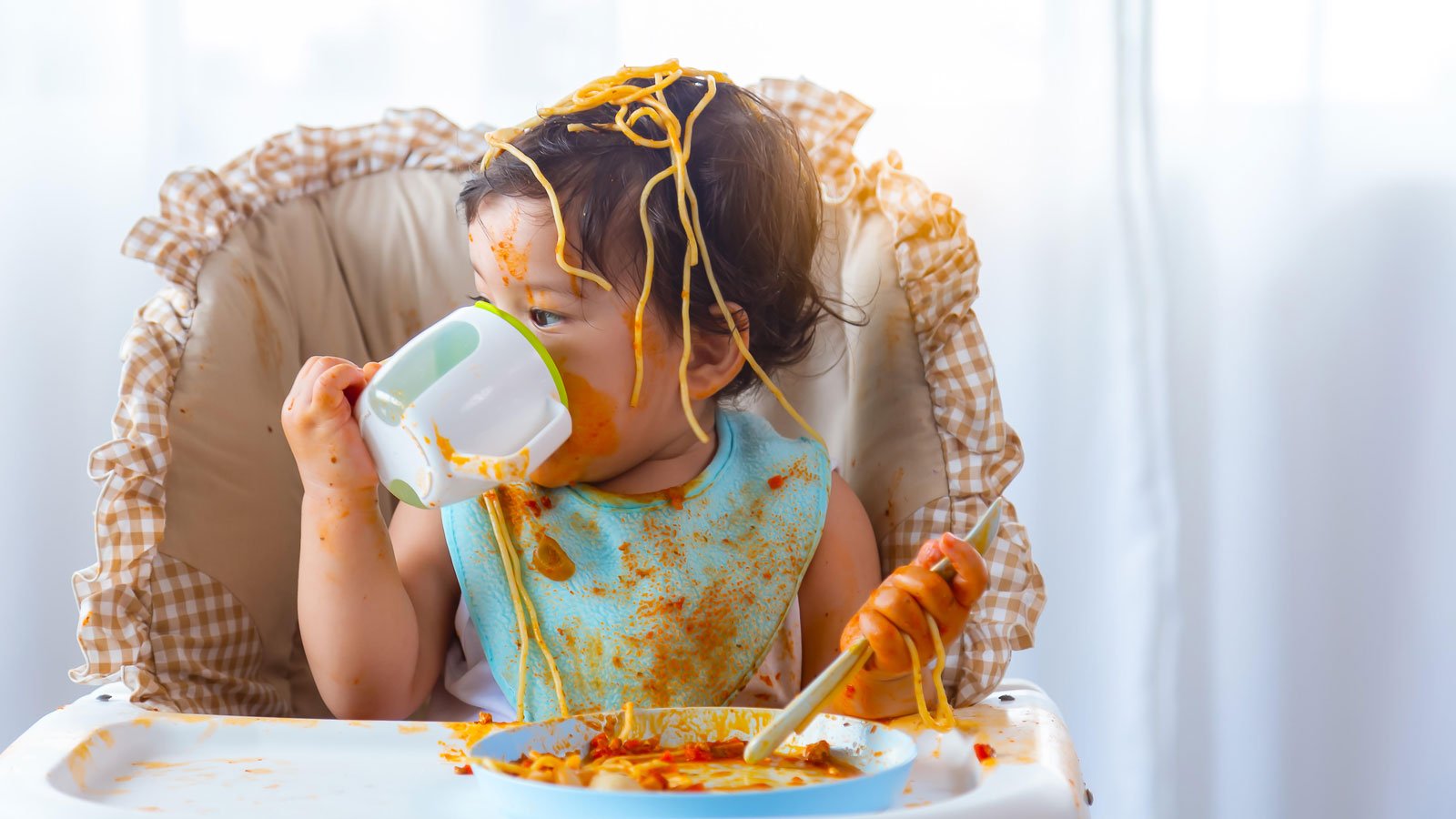 Somewhere, right at this moment, there’s a parent begging their toddler to puhlease, for the love of Peppa Pig, stooooooooop throwing your fooooooood.

How do we know this? Well, it’s definitely not because it has happened at our house (jk, it totally has).

And while we know it’s perfectly normal for toddlers to experiment with their food in this way, it’s also perfectly aggravating to try to eat a meal when your toddler is flinging his pancake frisbee-style at your head.

The truth is, mealtimes with toddlers are super stressful (can we get an amen?)—and not just because the food ends up everywhere except their tiny mouths. Deep down, we’re constantly worried about what, when, and how much they’re eating, which doesn’t leave us much patience for their food-related shenanigans.

Surely, there’s a light at the end of this tunnel of mealtime misery. One where we can all sit down as a happy family. One where the kitchen doesn’t look like the aftermath of a cafeteria food fight.

Get ready to take stress off the menu, friend. We’ve got a simple, three-step recipe to curb your toddler’s appetite for food-throwing and restore peace to your dinner table!

Okay, we get it: Playing it cool isn’t as easy as it sounds, especially when you’re scrubbing spaghetti sauce off your wall for the five millionth time this week. But playing it cool is the key to ending food throwing and other assorted mealtime unwanted behaviors.

As we say often in our online course, Winning the Toddler Stage, your reaction to your toddler’s behavior will either encourage or discourage it from happening again and again and again.

When you offer a biiiiiiiiig response, your toddler’s brain says, “Oooh, throwing food got me lots of attention. I looooooove attention. Imma keep doing it more!” It doesn’t matter if the attention they got was you yelling, “WE! DO! NOT! THROW! FOOD!” The toddler brain is going to latch on to ATTENTION! and run with it.

And, for younger, pre-verbal toddlers especially, a big reaction can also make it feel like a fun game of “get mommy/daddy riled up” that they’ll want to play again and again.

So while it won’t be easy to stay calm as a barrage of green bean missiles fly at your face, you’re going to rise up like the warrior parent you are and play it cool.

Step #2: Stick to the Script

Once you’re calm and cool, you can address the food throwing without the usual begging, pleading, and losing your ever-loving mind all over the kitchen table. And you’re going to do it using this simple script, every single time.

Here’s how it works: The next time your kiddo throws food, you’re going to see them, state the boundary, and give one more chance.

When you put it all together, it sounds like:

“I see you throwing your cheerios on the floor. Cheerios are for eating, not for throwing. When you throw food, it tells me you’re all done. Are you all done? If you’re still eating, go ahead and eat your cheerios.”

*For preverbal toddlers, you can really pare this down and use hand gestures to show what you’re saying, “When you throw food, you’re telling me you’re *all done*. Are you all done? Ok, looks like you’re throwing food. All done! All done!”

In a perfect world, these words would be the magic spell you’d cast to stop your toddler from throwing food ever again—and we’d all live happily ever after. But we don’t live in a fairy tale, and toddlers are definitely going to test the boundaries. So what’s your next move when you’ve offered a redo and they IMMEDIATELY throw a handful of meatloaf on the ceiling?

Well besides marveling at this feat of strength and questioning the consistency of your meatloaf, you’re going to hold the boundary swiftly and calmly, and remove the food from the table. No begging, no pleading, no scolding or yelling.

“Throwing food tells me you are all done eating. We’ll have snack time later and you can eat again then.”

Okay, does anyone feel a little uncomfortable with holding this particular boundary right now? Like, you’re on board with the whole boundaries thing, but you just aren’t sure about taking away food? What if they’re actually hungry? What if they just need one more chance?

We totes hear you. Food is such a tricky subject for so many of us, mainly because of how we were raised. (Clean Plate Club, anyone?) We’re certainly not advocating for the use of food as punishment or reward. And in this case, we can assure you: Taking away the food is not a punishment; it’s a cause and effect, a way to teach, a related consequence.

Think of it this way: If your toddler decided to color on the furniture instead of the paper, you’d say bye-bye to the markers until next time. If your toddler threw the ball in the dog’s face, you’d remove the ball and let them try again later.  It’s the same concept here. Your toddler will learn, with loving limits and consistency, that food stays on the table.

The reason it feels wrong and weirdsies is we love our kids and don’t want them to feel the discomfort of hunger. So keep these things in mind:

You’re an incredible parent and we are basically in awe of you. You can do this!

Breakfast breakdowns and dinnertime disasters don’t have to be your reality. We’ve devoted an entire module of our online course, Winning the Toddler Stage, to the care and feeding of toddlers and preschoolers ages 1-6.

We’ve collaborated with a pediatric dietitian to give you research-based strategies you can use to raise a happy, healthy, independent eater. Sign up for our course today, and reclaim the joy of mealtimes for your whole family! 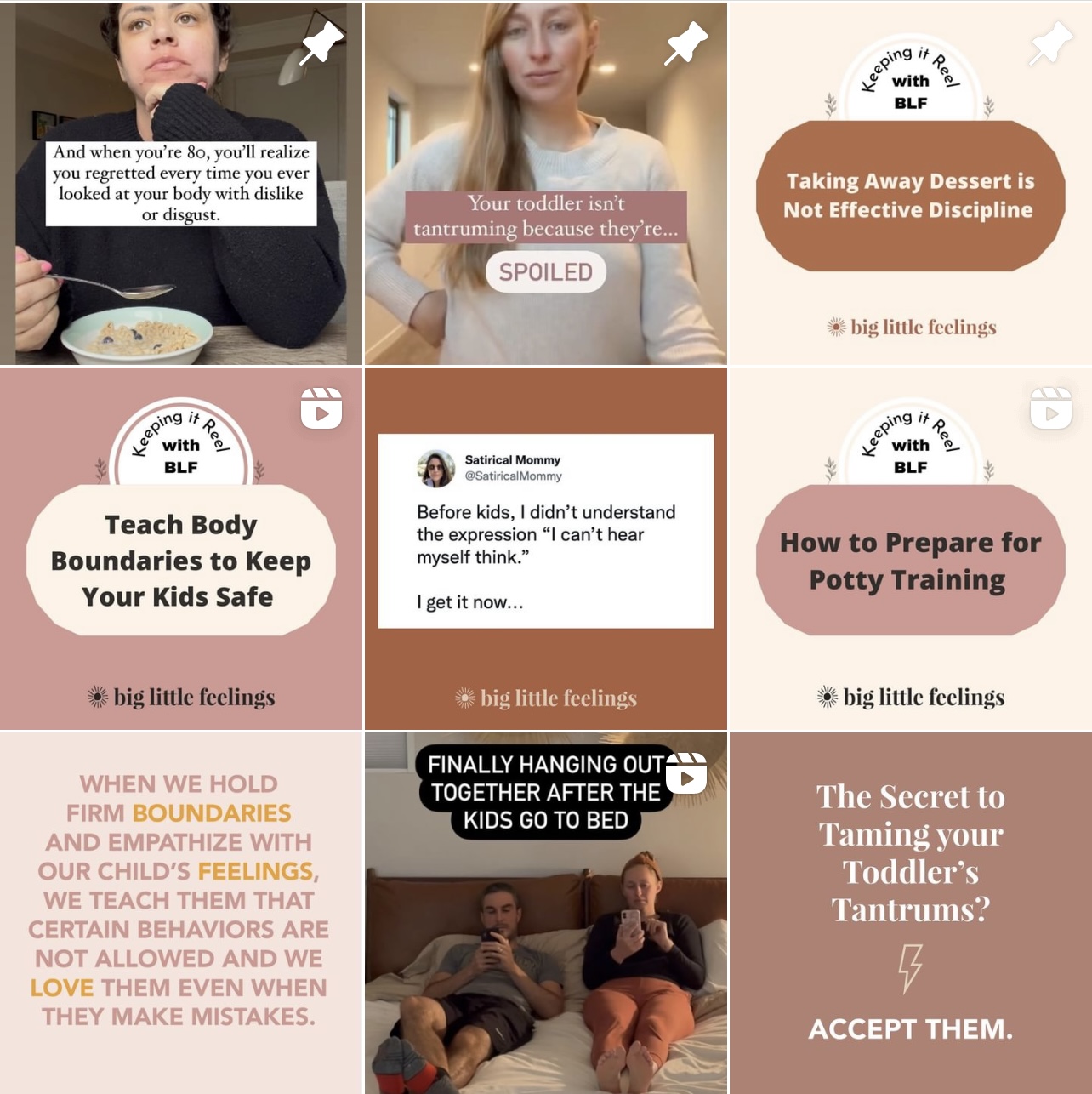